Navigate thru all the sub categories of the website

Smoky Lake Count and Lamont County are mutually working towards adopting an Intermunicipal Development Plan (IDP), which if adopted, would contemplate the future land uses along the shared ~60 kilometer municipal boundary along the North Saskatchewan River.

In addition to an upcoming Public Hearing to be held at the end of February, an Open House also took place on February 3, 2021.

We are seeking input and comments from residents on the proposed Bylaw. Please provide feedback on the draft IDP by 12 February 2021 to ensure it is included in a 'what we heard' report to the Councils of both municipalities. Comments or questions may be sent to Kyle Miller via e-mail at k.miller@munplan.ab.ca.

Over the last year and a half, the Lamont County and Smoky Lake County Intermunicipal Planning Committee has met to provide background information and direction to Municipal Planning Services (MPS), to guide the preparation of a draft Intermunicipal Development (IDP). The draft IDP affects lands within approximately 1.0 mile on either side of the North Saskatchewan River within both counties.

The committee structure provides a focused and collaborative forum for the municipalities to have their interests represented fairly and efficiently during the drafting of the IDP.

Land use, demographic and environmental data was collected and presented to the Committee to inform the goals, objectives and polices included in the draft Plan.

Over the past year the committee has met to discuss the project objectives, goals, and options for a plan area boundary. Consensus was achieved regarding the plan purpose, principles, and the plan area boundary. The Plan Area generally consists of all lands within approximately 1.6 km (1.0 mile) from the North Saskatchewan River, and includes the Victoria District National Historic Site of Canada, a nationally recognized historic location. 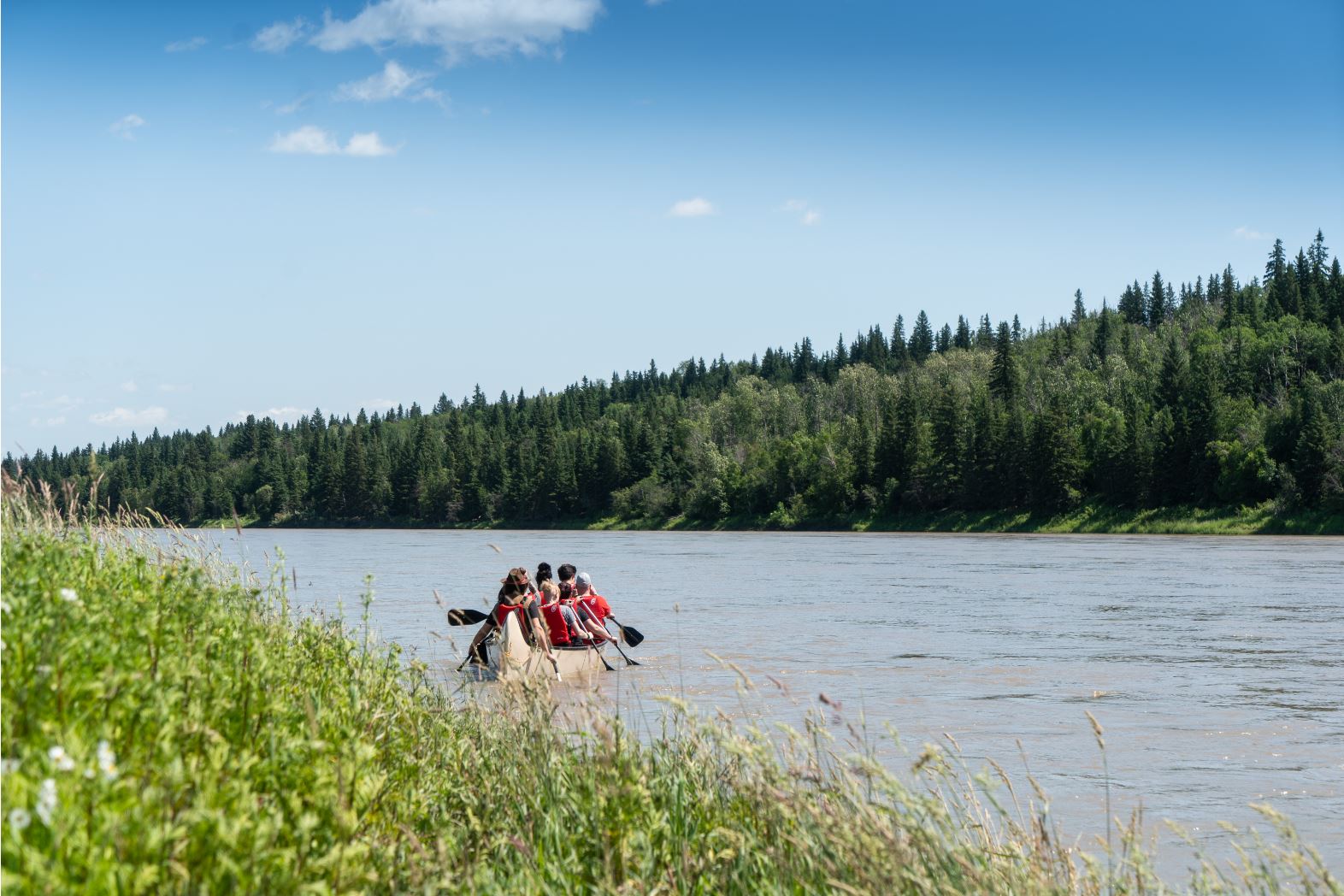 Paddle into the Past, Courtesy of Explore Edmonton

Please note that fire permits are required year round. Please contact the County Office at 780-656-3730 to obtain a permit prior to burning.